Now we have the certainty: After already being ranked as a Michelin star restaurant since 2016 – “Le Ciel by Toni Mörwald” could again convince with its outstanding quality and culinary at its highest level.

„We are more than honored and pleased to receive this special distinction. My team and I feel very grateful for earning recognition of our cuisine“, so head chef de cuisine Roland Huber.

Earning recognition and accolades from his peers of the culinary society has always been one of the biggest aims to achieve for head chef Roland Huber. “Le Ciel by Toni Mörwald” located on the seventh level of the Grand Hotel Wien, being recipient of this prestigious award for the second time in row is more than gratifying for the restaurant team, who was following the entire Michelin star review with highest expectations. General Director Horst Mayer congratulates both Roland Huber and his team, as well as the service staff under Günter Moser most warmly for the outstanding achievement. 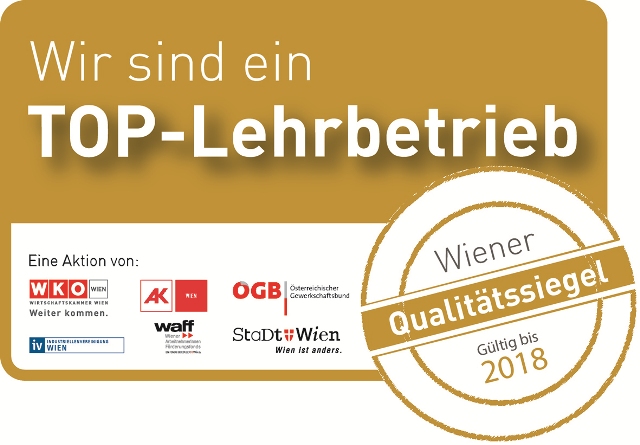 We are TOP at teaching!

In December 2014 the Chamber of Commerce in Austria awarded the seal of quality "TOP-Lehrbetrieb-Wiener Qualitätssiegel" at the cityhall Vienna. Grand...